How Well Do You Know Your Celebrity Pets?

How Well Do You Know Your Celebrity Pets?

There have been many famous pets that have captured our hearts in TV, movies, and even as internet sensations.  While your own furry friend will always hold the #1 spot – which famous pet is your favorite? 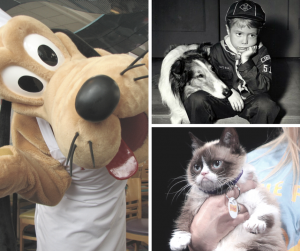 Lassie – Although Lassie is a fictional character, this famous pet was played by a Rough Collie named Pal in 1943.  Since then, 10 generations of Pal’s direct descendants have portrayed Lassie in film and on TV.  This is quite the celebrity dog family!

Toto – Another fictional character, but Toto was played by a female brindle terrier named Terry.  She was paid more than other human actors at $125 per week!

Pluto – Disney fans are no stranger to Mickey Mouse’s pet Pluto.  He’s one of the most upbeat members of the Disney team.

Air Bud – Remember the movie Air Bud?  This Disney/Warner Bros film revolves around Buddy the dog who knows how to play basketball.

Garfield – We’re all familiar with this cartoon cat.  Garfield is the most popular cartoon cat world-wide!Grumpy Cat – This internet celebrity is known for her grumpy facial expression.  The permanently grumpy-looking face is actually due to an underbite and feline dwarfism.

How to Crate Train Your Puppy 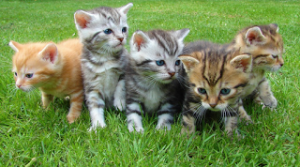 How to Pick a Shelter Cat Tips